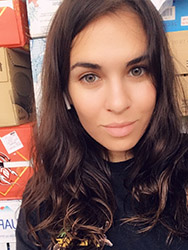 I’ve always dreamt of a job online so that’s why I tried applying for it now. I’m a fast learner so if there’s anything I don’t know, I’d be happy to learn it!

We use cookies to ensure that we give you the best experience on our website. If you continue to use this site we will assume that you are happy with it.Ok