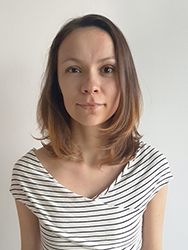 I am a very responsible person, always do my best to achieve the best results. Learn very quickly.

Year of Birth: 1988
Languages: I am a native Russian speaker, also have an advanced level of English and B1 of Spanish + basic of French and Italian